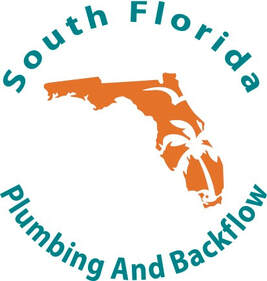 Get a Free Quote

Signs You Should Be Replacing Your Cast Iron Plumbing

Many homes in the United States have cast iron pipes, especially those residences built before 1975. These plumbing systems corrode over time, which leads to their structural integrity being compromised. In fact, experts estimate 76 million homes in the United States remain at risk of problems with their plumbing, and insurance companies often fight to avoid paying on claims related to damage from cast iron pipes’ Florida failure. What do homeowners need to know regarding this common problem, and how should they proceed if their cast iron plumbing appears to be failing? If you are looking for the most trustworthy company for Replacing Your Cast Iron Plumbing look no further than SF Plumbing and Backflow.

​What is Cast Iron?
People started using cast iron piping back in the seventeenth century for plumbing. Builders continued to install the pipes in homes and other structures for centuries for a variety of reasons. Plastic piping wasn’t available back in the seventeenth century, and cast iron lasts for decades. In fact, the pipes last as long as 100 years and can handle high pressure and heavy loads. People preferred this option as the iron deadens the sound of water and sewage as they make their way through the pipes. However, these pipes remain susceptible to oxidation and homeowners need to know what to look for that may suggest they need to look into replacing their cast iron plumbing and have this task completed without delay.

Problems That May Arise When Cast Iron Plumbing Fails
Several problems arise when cast iron pipes fail. The sewer might back up into the home or drains could become clogged. Water damage to the home often accompanies problems with cast iron pipes, and homeowners might find they have a pest infestation or mold growth. These serve as only a few of the many issues that might arise because of pipe corrosion, and the system needs prompt attention to minimize any damage.

What Contributes to Cast Iron Piping Failure?
Many things other than corrosion could contribute to the failure of cast iron piping. Tree roots often spread into the plumbing system and damage the pipe. Extreme weather changes impact the longevity of the plumbing system, as does the type of soil. In addition, water quality affects the condition of pipes in the home. What does the homeowner need to look for when determining whether the pipes in the home are failing?

Signs Cast Iron Pipes are Failing
Homeowners frequently want to know what signs to look for when it comes to the failure of their plumbing system. Several things show the plumbing system within the home needs professional attention. The following serve as a few examples of what homeowners need to look for.

Changes in the Water Color
Brown or yellow water coming from faucets in the home suggests a plumbing issue. Rural homes and those residences that get water from a well often see discolored water. If the home doesn’t fall into one of those categories, damaged pipes likely led to a change in water color.

Frequent Leaks
Pipes develop leaks. However, when the leaks become more commonplace, it serves as a signal that the pipes cracked or have sustained damage from sulfuric acid. Have a plumber check the system to see where the problem lies.

Slow or Stopped Drains
Water should flow freely through drains and toilets. If the drains have slowed or completely stopped, this suggests pipe damage. Drain cleaners and openers contain sulfuric acid, which could make the problem worse in iron pipes. For this reason, it’s best to call in professionals to determine what is going on. The problem could lie in the cast iron sewer pipe, which the homeowner wouldn’t be able to detect without the proper tools.

Unpleasant Odors
A cast iron pipe rusting and leaking in the home could lead to unpleasant odors. Cracked pipes release sewer gas into the home, which is unhealthy for the occupants of the residence. Sewer systems are airtight other than the vent stacks. When homeowners smell an unpleasant odor that appears to be coming from their plumbing system, they need to call us right away.

Mold
People often learn they have a plumbing issue when they spot mold in the home. Mold doesn’t need excessive humidity to grow, and a crack pipe behind a wall can bring about this problem. Never try to treat the mold alone, as the reason for the growth must be determined. A plumber becomes of great help at this time.

Changes in the Landscape
People often look inside the home when they suspect a plumbing issue. However, signs it is time to replace cast iron pipes often appear outside of the residence first. If the lawn suddenly looks green and vibrant in certain areas, homeowners need to learn what has changed. Raw sewage serves as an excellent fertilizer for lawns, and the green areas suggest there is a leak in the plumbing system. Look for puddles in the yard, as that is likely where the leak will be found.

Why Call Us?
If you suspect you need cast iron pipe repair, you should seek help right away. Give our team a call and we’ll be happy to come out and assess the situation. The team handles everything from minor repairs to whole-house repiping. When the home has cast iron piping, replacing the pipes serves as the best option. Repiping the home offers many benefits. Water pressure and the overall efficiency of the plumbing system increase, and the homeowner receives a warranty that boosts the property value. Furthermore, potential buyers won’t want to address any issues with cast iron plumbing in the future, so having this work done makes it easier to sell the home when that time comes.

​Homeowners often worry about the cost to replace cast iron drains under the house or complete a whole house repipe. Fortunately, help may be available. Individuals with homes built before 1975 might find their insurance must pay for the cast iron pipe repair. A failure to do so by the insurance company could lead to the homeowner filing a cast iron pipe lawsuit in Florida. We work with clients to find the source of their problems. If it results from their cast iron piping, we have an attorney to assist clients in getting the matter resolved. Nobody should have to take on this task alone, and we ensure our clients have help when they need it most. Call South Florida Plumbing and Backflow today!

State of the Art Leak Detection